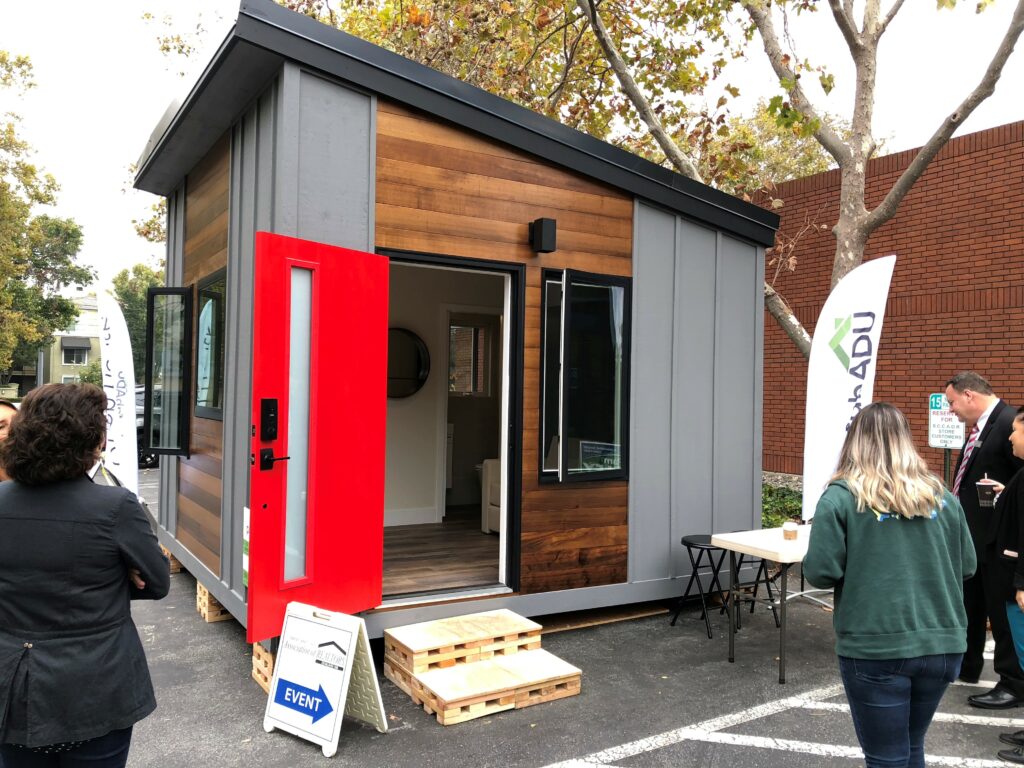 Our ADU Program continued this fall and partnered with SCCAOR® to use a 155 s.f. “micro unit” as a centerpiece for back-to-back events.

The ADU was built by prefabADU, a Fairfield-based company specializing prefabricated homes that can be placed on any legal foundation – but placed on wooden blocks in the SCCAOR® parking lot for the demo.

The first event was held for public officials who wanted to understand more about ADUs in general and prefab construction in particular. The following day, the ADU Program held its quarterly ADU workshop with over sixty attendees and also had a tour of the ADU.

The next ADU event will be taking place in late January or early February and an additional staffer for the program is currently being sought as the program expands. Be sure to join Housing Trust’s ADU interest list to be filled in with all the details!