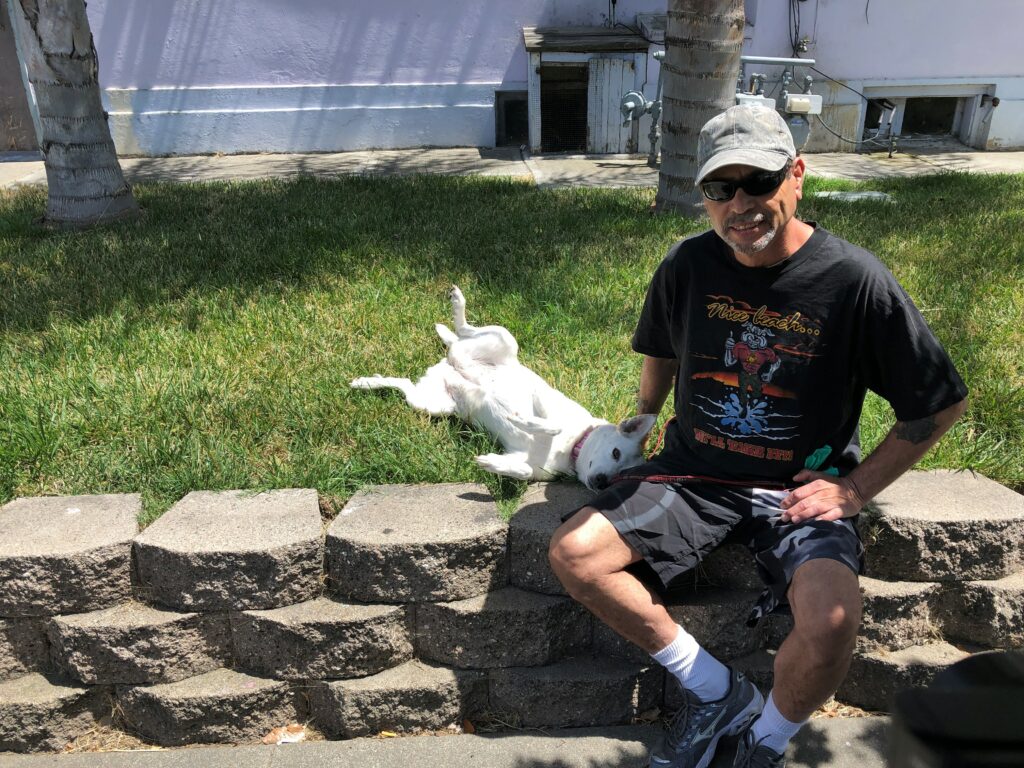 One of the residents of First Community Housing‘s recently opened Second Street Studios is Ralph, an army veteran who grew up in Colorado but moved to California to be closer to his son and to pursue jobs on ranches. He worked hard but a series of hardships had him living in a motor home in 2010, which worked alright until it broke down one day and he couldn’t afford to fix it. For the last four years he had lived on the streets with his beloved dog, Babygirl. “I was staying in abandoned warehouses,” Ralph told us. “I’d find them and would always choose the electrical room in the back since it had only one way in and out, and I could lock it.”

Through San Jose’s Downtown Streets Team, Ralph eventually got connected to the Santa Clara County Office of Supportive Housing, and he and Babygirl moved into their home on May 7. Though it’s only been two months, everywhere in and out of Second Street Studios, fellow residents and building staff say “Hi, Babygirl!” every time they walk by. Ralph said Babygirl enjoys seeing more people and is a lot calmer since they moved in.

He’s already found a spot of lawn nearby where she likes to lie in the grass and roll around. As for Ralph: “I am able to sleep,” he said. “I don’t have to worry about where I am going to find my meal for the next day. I have a place to store food and a place to cook – it is so different living in a place with a fridge and a stove. And I don’t have to worry about being ripped off or stabbed or whatever out on the streets because you don’t know what happens out there. I don’t know who to thank first for all of this!”

We thank Ralph for sharing his story with us – and we thank Second Street Studios, Santa Clara County and other partners for seeing this important project through.