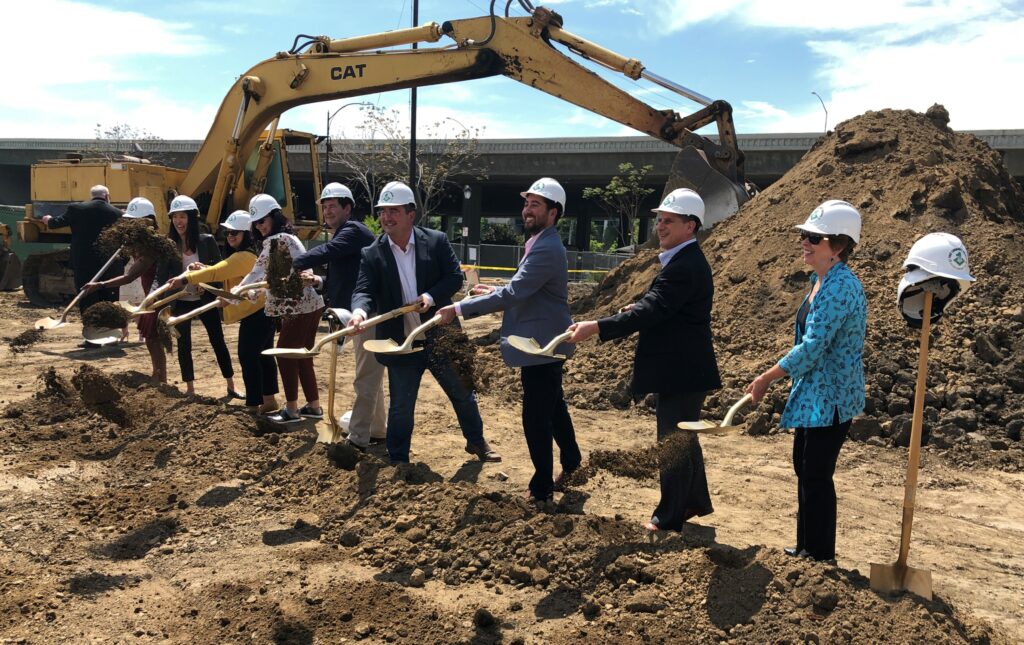 A short walk from our office in downtown San Jose is North San Pedro Apartments, which had a groundbreaking celebration this past Friday.

Housing Trust provided First Community Housing with a liquidity line to give FCH greater capacity in working on different developments simultaneously. The other FCH endeavor the liquidity line is assisting is the project Leigh Avenue – which had its own groundbreaking on February 1.
The project had to secure a number of funding sources – and took a lot of love and teamwork to get to the construction phase. North San Pedro is also another win for Measure A – the affordable housing bond championed by Santa Clara County and passed by voters in 2016.