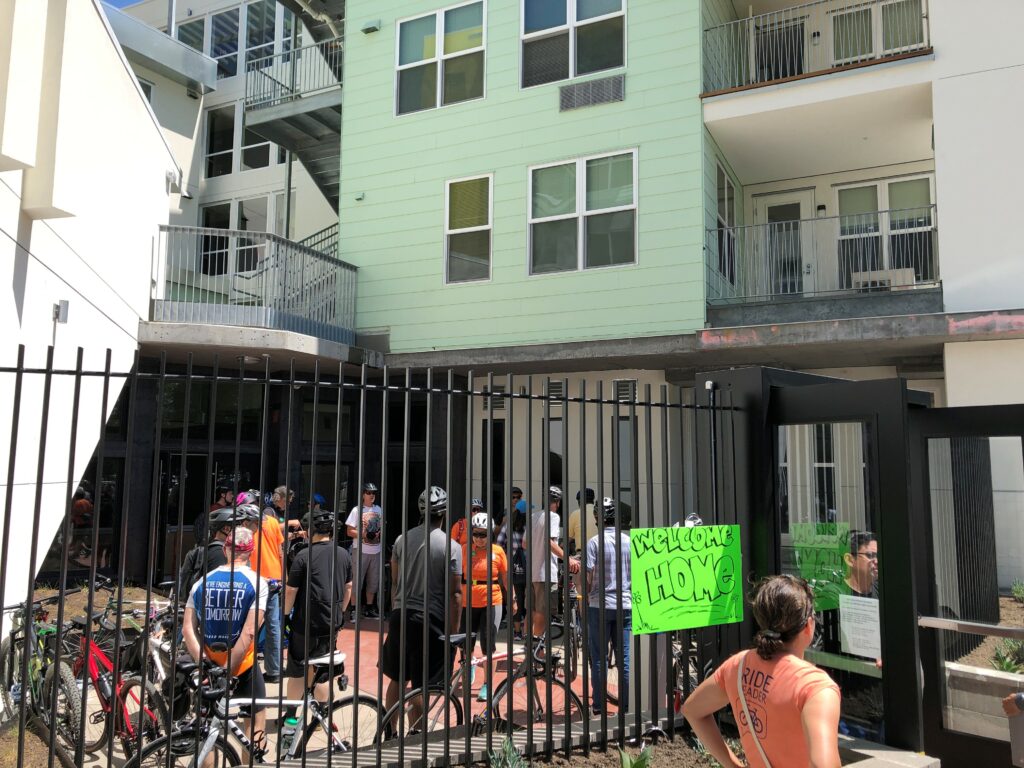 In March 2017 Housing Trust was proud to attend the groundbreaking ceremony for Second Street Studios – San Jose’s first 100% permanent supportive housing development. We provided pre-development funding for First Community Housing to build 135 homes at the intersection of Keyes and 2nd Street in San Jose. A few months later, we attended a presentation on the site to have a look at the pre-fabricated modules as they were lifted into place to construct the building.

Second Street Studios was also a featured stop on Wheelie Home – an affordable housing-themed bike ride organized by The Silicon Valley Bicycle Coalition – to coincide with National Bike Month and Affordable Housing Week. Cyclists pedaled to several pertinent sites surrounding downtown San Jose and would stop at each to learn about them. The transit features of Second Street Studios – the location is within walking distance to bus stops, bike share stations and to downtown San Jose – were highlighted on the tour, which featured a stop at the large and secure indoor bike parking room on the premises: according to First Community Housing only about 20% of the residents own cars.