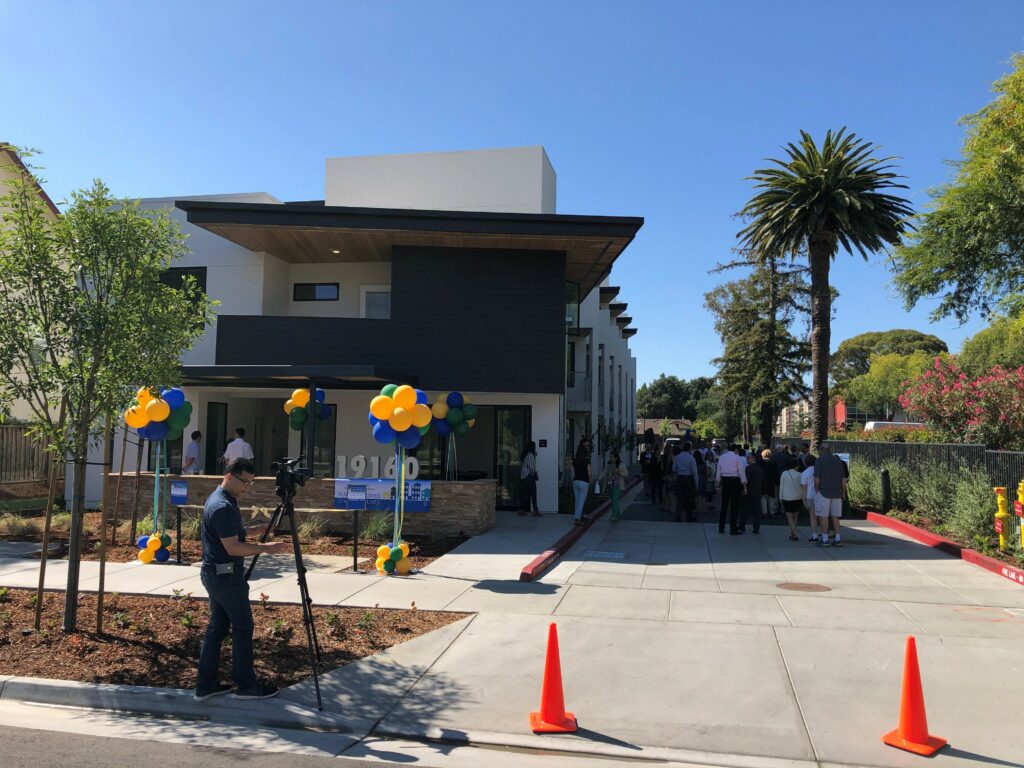 Measure A – the affordable housing bond measure passed in 2016 – is projected to fund 120 affordable housing developments over ten years and has already been at the heart of several multifamily projects that have been in the news lately.

As reported in The San Jose Mercury News, the Santa Clara County Board of Supervisors recently voted to approve $33 million for two affordable housing developments – one of which Housing Trust provided predevelopment funding to: the Eden Housing initiative on Auzerais in San Jose – not far from Diridon Station.

Measure A funds were also used for The Veranda in Cupertino – a Charities Housing project for which we provided a $3 million predevelopment loan that had its grand opening in early September. In the coming months we’ll also be seeing the grand openings of several Measure A projects that received predevelopment funding from Housing Trust, including Villas on the Park, Quetzal Gardens and Leigh Avenue apartments.

The County’s recent summary of the Measure A projects shows Housing Trust has provided loans to 11 out of the 19 developments. We’re proud to be an instrumental part in Measure A’s success now and going forward!