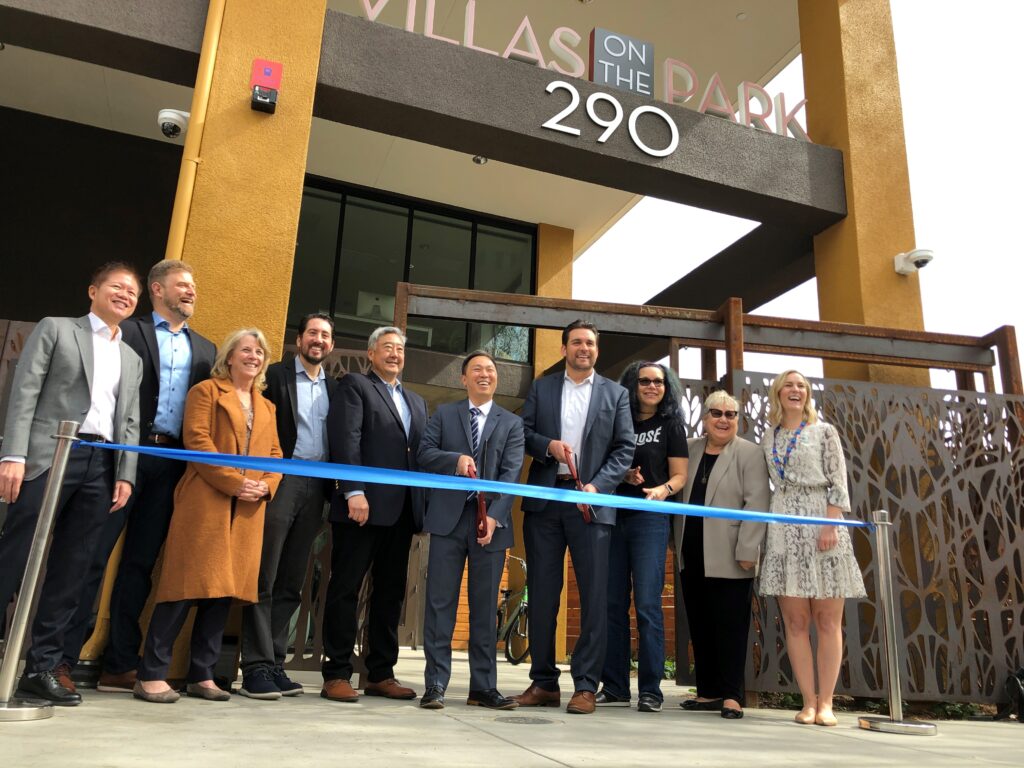 The morning of March 6 was a morning long in the making.

Villas on the Park – an 83 home permanent supportive housing development in San Jose just up the street from our office – had its grand opening. Jim Silverwood, President and CEO of Affirmed Housing correctly referred to the project as “a Rubik’s Cube of complex financing” and we’re proud to have been there to make a $1 million pre-development loan – then later when our Finally Home program provided security deposits for 78 of the 83 residents.

Megan Colvard – one of the incredible members of the PATH – Making it Home team – gave some of our team a tour. There’s a computer lab, a kitchen made for teaching residents how to cook, a garden on the roof, and more. The apartments are airy and come with utensils so residents have what they need to make their own meals the moment they move in.

Arguably, the loudest applause went toward the elected officials in government and folks on the ground who worked tirelessly to show the city what the solution to homelessness looks like.